NRAI vs Zomato and Swiggy

NRAI vs Zomato and Swiggy 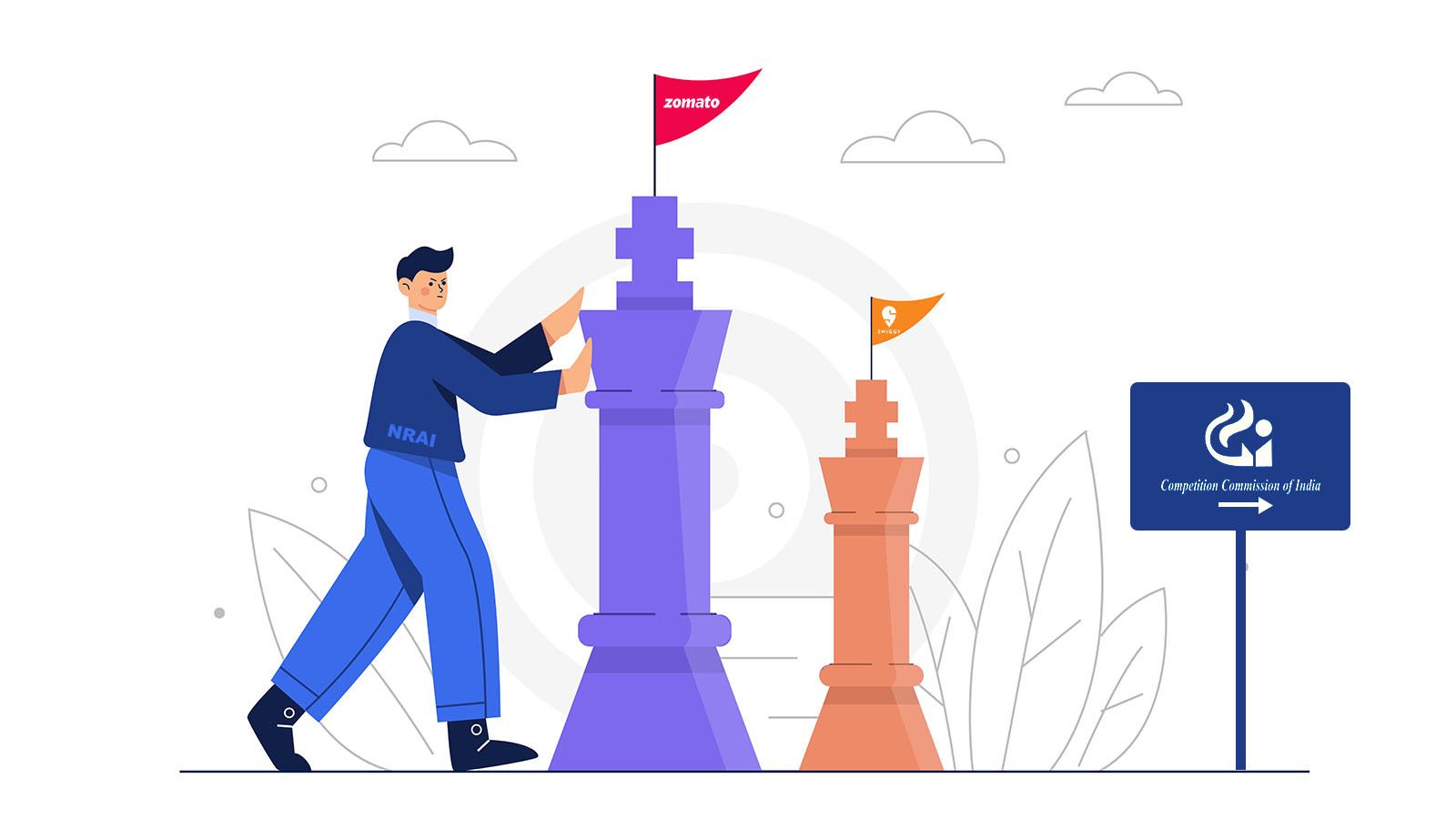 In today's Finshots we talk about why the National Restaurant Association of India (NRAI) wants the Competition Commission of India (CCI) to intervene and level the playing field between restaurants and online food aggregators like Zomato and Swiggy.

NRAI thinks food aggregators are rigging the system. They argue that that the likes of Zomato and Swiggy prioritize their own self-interest while ignoring the plight of restaurants. They allege that food aggregators compel restaurants to participate in massive discount schemes and indirectly hurt their prospects.

Now at this point, you may go — “Well, restaurants have a choice no? Why do they have to participate if they don’t want to?”

Well sure. They don’t have to. But restaurants may risk losing prime real estate on the app and in extension, visibility on the platform. And NRAI argues that this is patently unfair. Even anti-consumer perhaps.

After all, deep discounting shifts the focus from quality to price. Restaurants can come under pressure to offer a better bargain to patrons even if it means skimping on quality. It distorts consumer perception and forces restaurants to prioritize discounts above all else. So this can’t possibly be good for anybody in the ecosystem, right?

Well, the aggregators would argue otherwise. They’ll tell you that everybody has a choice — customers and restaurants. If customers seek discounts then that’s just the way it is. They want discounts. They love it. And if restaurants can’t offer a better price, then they’ll likely have to play second fiddle to the ones that do. This is demand and supply at work here. How can you blame the aggregators for this?

The second allegation from NRAI is this — “Food aggregators have made it mandatory for restaurants to use their delivery services and they’re not happy about it.”

Now the food aggregators will tell you that they simply aspire to do the best they can. If Zomato and Swiggy use their own fleet to fulfill orders, they can control the end-to-end experience, which is kind of a big deal in the online food delivery business. But the flip side is that this limits flexibility for restaurants. They can’t control costs even if they wanted to.

You could argue once again that restaurants have a choice — “If things are so bad, why not just list independently online? Move off these platforms and conduct business elsewhere.”

Well, restaurants used to make a bulk of their revenues from dine-in sales when people frequented these places. But after the pandemic, online orders have been the only saving grace. They’re dependent on these platforms for their very existence. So that’s a no-go.

The third complaint is about data sharing. Restaurants don’t get a lot of data from online food aggregators — Data that would help them improve quality of service or aid them in building a profitable menu. But the online food apps will simply turn around and argue that sharing this data would be tantamount to breaching user privacy. They’ll tell you that they offer basic insights that help restaurants make better decisions, but sharing this data as-is would put sensitive customer information at risk.

And while they do have a very good point, may we also note that they do make some exceptions. According to a research report from Kotak Securities —

Domino’s India is the only QSR that has a data-sharing arrangement with both food delivery platforms.

That means both Zomato and Swiggy share some sort of data with at least one company — Domino’s India. Now we are not sure what the nature of this arrangement is, but if the report is accurate, then NRAI may have a point here.

But there’s more. They also argue that the apps use this data to bolster their own cloud kitchen operations — where food aggregators offer certain partner restaurants kitchen space and other facilities to operate in areas where they may not have a presence.

Perhaps we could better understand this argument by looking at Amazon.

A Wall Street Journal Investigation had previously revealed that the company used third-party sellers' data to launch competing products in profitable categories. As the report notes — “In one instance, Amazon employees accessed documents and data about a bestselling car-trunk organizer sold by a third-party vendor. The information included total sales, how much the vendor paid Amazon for marketing and shipping, and how much Amazon made on each sale. Amazon’s private-label arm later introduced its own car-trunk organizers.”

So if the allegations were true, then it means Zomato and Swiggy could adopt a similar strategy and offer critical insights to restaurants that use their cloud kitchen infrastructure. Thereby benefiting a select few partners at the expense of others.

And finally, despite moving the CCI, NRAI is not content on sitting idly it seems. They are also pushing to launch their own rival app to take the fight directly to Swiggy and Zomato. Restaurant groups have already banded together and are facilitating online delivery directly via Social media and other lesser-known delivery apps.

So yeah, that’s the crux of the matter here. And if you found this story insightful, don’t forget to share this article on WhatsApp, LinkedIn and Twitter.

Weekly Wrapup: Tussling all the way

Finshots Weekly Wrapup: Tussling all the way In this week's wrapup we talk about a floor price for Telcos, e-waste, the crackdown on Chinese tech companies, an IPO frenzy, and the tussle between

Bloomberg After a yearlong delay due to Covid-19, and some scandals and high profile resignations, the 2020 Tokyo Olympics are finally underway. The Games, the first ever without spectators, promise to

​ ​ Hi all, Julie here. Happy Summer Friday all! Jordan and I close on our new home IN ONE WEEK! Ahhh! Keep us in your prayers as we hope that all goes well with that as well as the move itself. In the

Not Your Parents’ Mutual Funds: How Gen Z Is Investing

Why you should worry about the next crypto crash July 23, 2021 So much for babysitting or busing tables. Today's young adults are using the internet to make money, and not chump change either.

Prices for Used Cars Are Soaring, and That Could Cost Drivers Who Aren’t Even Looking to Buy

The amount you receive if your car is a total loss may fall short of its replacement cost. July 23, 2021 INSURANCE Prices for Used Cars Are Soaring, and That Could Cost Drivers Who Aren't Even