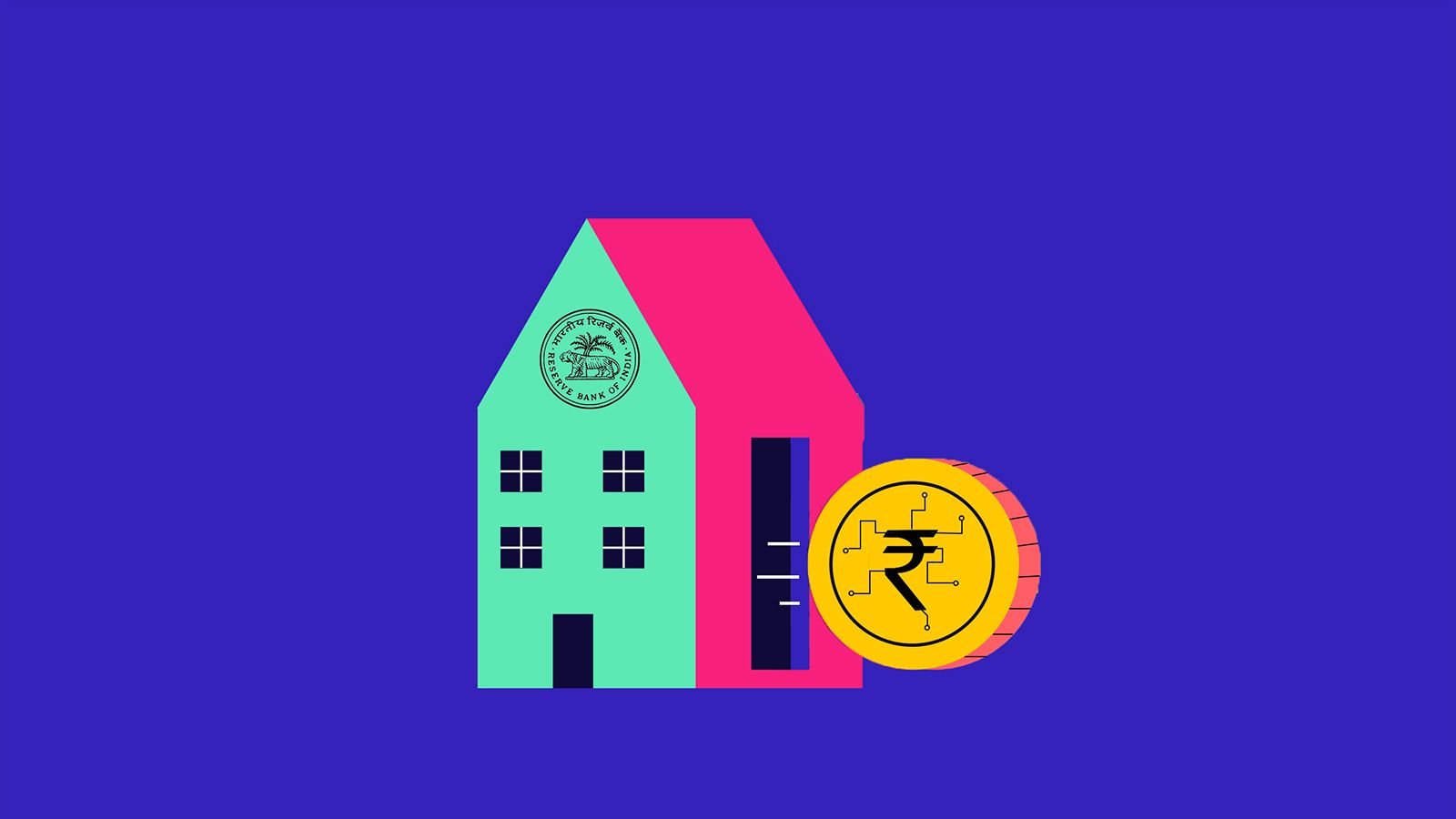 A few days back we began hearing whispers about a central bank digital currency (CBDC) and how the RBI is working on it as we speak. So in today's Finshots we talk about this and more.

The interest surrounding digital currencies has been growing for a while now. And while it’s very hard to tell for sure what the Indian version of the digital currency might look like, you can hazard a guess on some of the attributes these currencies may come to boast. For instance, the RBI paper on the subject matter draws up an interesting use case.

Right now if you must transfer money over UPI, you have to make a request and forward it to your bank. The bank then decides to deduct the balance and transfer it to the beneficiary account. And while this is an oversimplified account of the settlement and the clearing process that underlines our payment infrastructure, it still does a good job of explaining the role banks play in facilitating payments. They are very important to our cause.

But with digital currencies, you don’t need banks at all. In fact, you could simply transfer money to another account without using an intermediary whatsoever. As the paper notes — “Imagine a UPI system where CBDC (Central Bank Digital Currency) is transacted instead of bank balances, as if cash is handed over — the need for interbank settlement disappears.”

Obviously, the downside is that it becomes harder to retrieve the money. It’s like accidentally paying someone in cash. You have to convince them to give it back and you can't just rely on a bank to undo the transfer. Digital currencies may be no different here. The flip side however is that it is generally thought of as a better alternative to physical cash. It’s easier to introduce digital currencies into the economy and it is in RBI’s interest to promote this endeavor. Think about how hard it is to print, transport, store and distribute physical money. It’s a logistical nightmare and it is very expensive. However, if you could replace some of this cash with digital currencies, that could save a lot of money.

Then you have the ability to program digital money. In fact, we spoke about this when we discussed the advent of the Digital Yuan.

At the time, we talked about how the money itself could be programmable — How China had tested expiration dates to encourage users to spend money quickly in a bid to kickstart growth in the economy and how they were intending to track the flow of currency.

So if you’re thinking of extending cash to farmers so they could buy fertilizers using this money, then you could technically program it in a way such that it could only be used to buy fertilizers. If you want to then measure the efficacy of the program, you could track this money and see where people are spending it.

Now that’s not to say that the Indian digital currency will be designed this way. But that’s one possibility. Also, if you are wondering about the timing here, then the paper clarifies that bit as well. As the document notes —

“The advent of private virtual currencies (VCs) may well be another reason why CBDCs might become necessary. It is not clear what specific need is met by these private VCs that official money cannot meet as efficiently, but that may in itself not come in the way of their adoption. If these VCs gain recognition, national currencies with limited convertibility are likely to come under threat.”

And they’re right. Even if you don’t think Bitcoin and Dogecoin will ever come to replace the Rupee as an actual medium of exchange, it still poses a threat to the national currency. And for the RBI, this is a no-no. So perhaps they see this as an avenue to dissuade people from buying into crypto’s vision, even though many would argue that this is wishful thinking at best.

So yeah, it seems the RBI is already working towards introducing a new central bank digital currency and we will just have to wait and see how this all pans out. Until then…

Finshots Why cigarette companies want you to quit smoking In today's Finshots we talk about why Philip Morris wants to stop selling cigarettes Business The Story Jacek Olczak, the CEO of Philip

A new dawn for drones?

Finshots A new dawn for drones? In today's Finshots we talk about the new drone rules that could potentially make it a lot easier to own and operate these flying machines. Policy The Story When the

BankUnderground posted: " Max Harris This post contributes to our occasional series of guest posts by external researchers who have used the Bank of England's archives for their work on

China lays down the law

Bloomberg China's financial regulators laid down the law for Evergrande Group. They told the struggling developer to do whatever it takes to avoid a near-term default on dollar bonds. Beijing also

😏 So about those rate hikes...

The Fed shows its hand | Carmakers are sick of this chip | TOGETHER WITH Hi Reader, here's what you need to know for September 24th in 3:14 minutes. 💸 The world's biggest companies are selling

​ ​ ​Hi everyone, Charley here. First, quick reminder that if you sign up for FTT+, you get my posts earlier and access to our exclusive FTT+ Community on Slack. Today's post is a little out there,

20 fast-growing, high-paying jobs where you only need an associate's degree