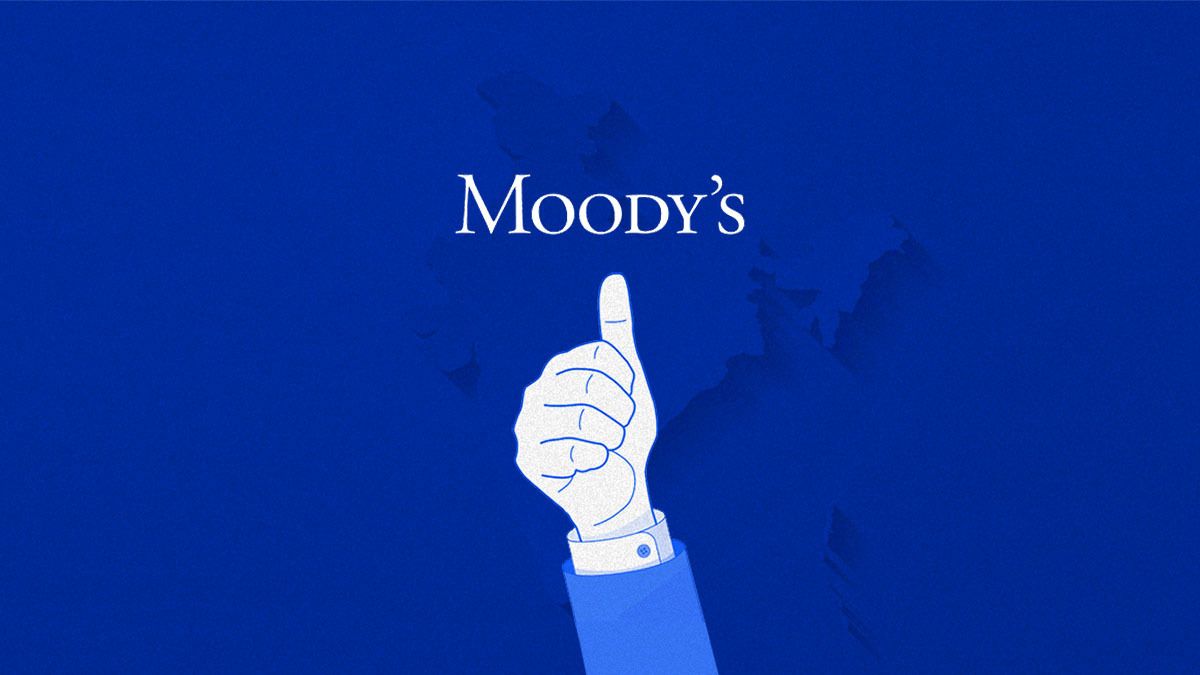 In today’s story, we explain how a credit rating agency’s decision might impact the Indian economy

Before we get into the details, we need to give you some background about these credit rating agencies (CRA).

CRAs like S&P Global, Moody’s, and the Fitch Group have one job — to decide whether a company will default on money it has borrowed. They assign probabilities to such events and rate the companies on a certain scale, usually through letters. Typically, AAA is the highest rating and D signals a default.

When a CRA is unwilling to change a rating but believes there’s more optimism on the financial front, it tweaks the outlook. Today, it could say that a company is stable. And tomorrow, it could turn negative on the company’s future. So in effect, they could stick with the same rating but simply change the outlook, in a bid to convey some change in sentiment.

And like companies, countries are also assigned credit ratings and an outlook.

Take India for instance. Moody’s has given the country a long-term rating of Baa3. If you want to be considered investment-worthy, well, that is the lowest acceptable rating you can carry in Moody’s books. It’s called an investment-grade rating. If you drop below that, you’ll be in junk territory. And yeah, no one wants to fall into that territory.

Well, the lower your rating, the higher your cost of borrowing. Think of it like your personal credit score — CIBIL. If you don’t have a top score, getting a loan is harder. Also, since you’re deemed relatively risky, lenders will charge you a higher interest rate. You lose. So, your borrowing cost could ultimately hinge on the opinion of these CRAs.

Anyway, in June 2020, Moody’s turned negative on India. It dropped the credit rating from Baa2 to Baa3. It also changed its outlook from stable to negative. It said that India’s economic reforms weren’t progressing all that well. Banks were saddled with bad loans. The pandemic has killed growth. A bunch of that stuff.

By the way, a credit rating of Baa3 put India at par with Russia, Romania, and Italy. If you jog your memory, you’ll remember that in the past few years, Italy has been on the verge of defaulting on its loans quite a few times. So, let’s just say that India wasn’t particularly pleased with the downgrade.

Finance Minister Nirmala Sitharaman chastised CRAs. She said that these decisions taken by CRAs can affect policymaking, especially in emerging markets that need to borrow quite a bit of money.

The Economic Survey even went on the aggressive and said:

“Never in the history of sovereign credit ratings has the 5th largest economy been rated as the lowest rung of investment-grade (BBB -). India’s fiscal policy must not remain beholden to a noisy, biased measure of India’s fundamentals.

Wait, there’s more. It even accused the CRAs of bias.

"There is a large academic literature that highlights bias and subjectivity in sovereign credit ratings, especially against countries with lower ratings.

Those are strong opinions.

Anyway, let’s cut to this week. Moody’s finally revised its outlook on India. From negative to stable. While the rating remains unchanged at Baa3, Moody’s said that it had overestimated the threat to India’s banking system and that there was enough money available to cushion any shocks. Well, well, well…

And this revision is a good thing because India is now a fair bit away from the precipice overlooking the rough seas of junk status.

Why is that important?

Let’s rewind to what the Economic Survey said — FPI flows.

India needs foreign capital. The country is trying to gain entry into global government-bond indices. It’s sort of this basket of government bonds. If desi government bonds manage to sneak into the index, then that will allow the government to borrow from a whole host of foreign investors. Think of all the dollars that’ll flow in. It could be a game-changer.

So, a change in outlook at least gives India some breathing space.

On the flip side, if India’s government bonds suddenly turned junk, that wouldn’t just affect the government’s borrowing capacity, but also hurt Indian corporates. If the country’s prospects aren’t great, then foreign investors may not think too highly of all the corporates that do business in the country. In fact, by some estimates, it would put nearly $45 billion worth of investment-grade corporate debt at risk.

If we’re being honest, it’s quite crazy that the CRAs have all this power over countries. But that’s just the way it is.

Weekly Wrapup - The cat is out of the bag

Finshots Weekly Wrapup - The cat is out of the bag In this week's wrapup, we talk about Movie Theatres, the Pandora Papers, Facebook, inflation and finally OYO's impending IPO. But if you want

Revisiting OYO before its IPO

Finshots Revisiting OYO before its IPO In today's Finshots we look at OYO and see what the company is up to these days. But before that, full disclaimer. This isn't an IPO review and it most

Is a viral economics paper going to change our view of inflation forever?

Finshots Is a viral economics paper going to change our view of inflation forever? In today's story, we revisit some high school economics, and see why one economist believes we may have got

Finshots What is happening to Facebook? In today's Finshots we see why Facebook and its stock has been under such pressure this past year Business The Story Facebook has been having a bit of a

Finshots Understanding the Pandora Papers In today's Finshots we talk about the Pandora papers and what they actually mean Business The Story Leaks are commonplace these days. If this new

​ ​ Hi everyone! Ian here, it's been a minute. I'm really excited to announce our first sub brand at Fintech Today—Crypto Tonight, a new weekly publication focused on the intersection of Crypto