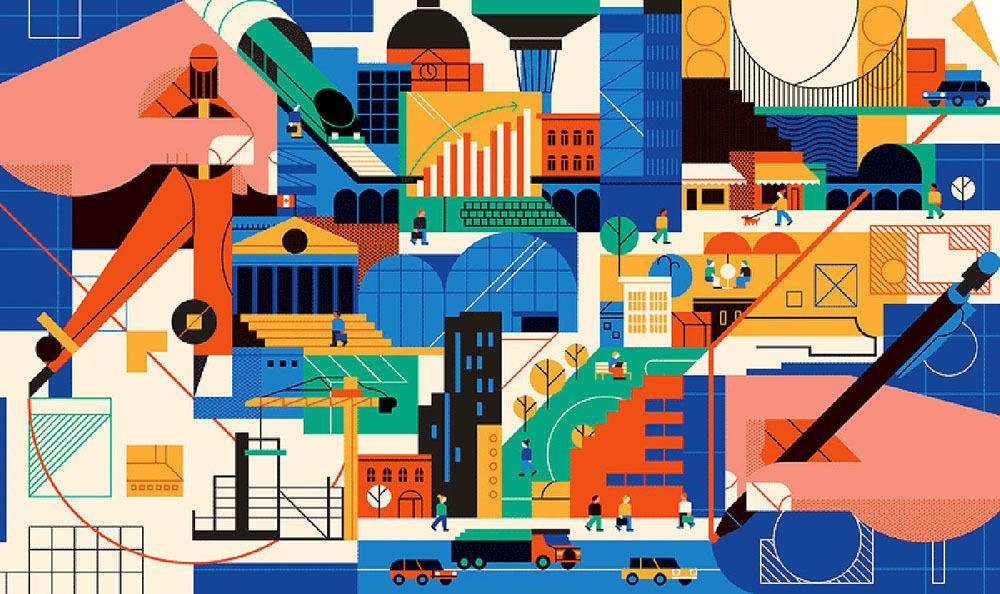 Whether you like it or not, India is rapidly transforming into an urban country. More than half of our population already live in an urban setting and by 2036 around 73% of the total population could come to reside in cities. Also, cities occupy just 3% of the landmass but contribute close to 60% of the GDP. So it’s in everybody’s best interest to make cities more livable.

But unfortunately, our cities aren’t exactly livable or lovable. Electricity, sewage, public transport, roadways, breathable air — We are lacking in many departments. Not least because we can’t muster the resources but because we can’t allocate it appropriately. Urban planning is the need of the hour but we aren’t equipped to deal with the complexities.

And in a 144-page report, NITI Aayog has tried to outline some of the issues. For starters, there’s the fact that we aren’t accurately representing the extent of urbanization in this country. Partly because our definition of ‘urban centres’ aren’t reflective of ground realities and also because close to 7933 “urban settlements” still continue to be governed as “rural entities.”

Secondly, there is the management problem. Urban local governments are expected to take up the mantle when it comes to planning, however that hasn’t happened yet. Instead as the report notes —

Many agencies are involved in urban planning, implementation, infrastructure development at the city as well as State levels. The existing framework has become complex, which often leads to overlapping of functions, lack of accountability and coordination, time delays, resource wastage, etc. Master plans are statutory instruments to guide and regulate the development of cities and are critical for managing urbanization as well as ‘spatial sustainability’. However, 65% of the 7933 urban settlements do not have any master plan. This leads to piecemeal interventions, haphazard constructions, urban sprawl, and environmental pollution, which can further aggravate issues such as traffic congestion, flooding, etc.

But perhaps the most jarring problem is that we don’t even have enough urban planners. There just aren’t enough professionals who can assist in the planning and maintenance of thousands of up-and-coming towns and small cities. As per NITI Aayog’s estimates, only ~17,000 urban planners could have graduated in the last 35 years in India and this dearth of professional planners is reflected in the participation rates of planning related degrees.

So what do we do about these issues?

Well for starters, there’s a need to revisit urban planning at the topmost levels.

About 52% of statutory towns in India lack any kind of master plan. So clearly, that needs to change. Also, while most states already have the authority to prepare and notify master plans, they need to be reviewed and upgraded to adopt the latest advancements. Therefore as the report suggests maybe we need to have an apex committee at the state level to undertake a regular review of sorts.

We also need to adopt more India-centric solutions. The idea that we could ape Western planning and somehow make it work locally is a bit dubious at best. So perhaps there’s a need to review the whole planning approach as well. Finally, we need to build more capacity to address the many problems plaguing urban planning in India. We need more graduates, we need better private participation and we also need local leadership to take up the mantle.

So yeah, the report makes a whole host of suggestions on how we could better prepare for the future — that is urban India and if you want to read more, do check out the full draft.

What you should know about the Chinese Evergrande Crisis

Is Modern Monetary Theory the answer to everything?

Finshots Is Modern Monetary Theory the answer to everything? In today's Finshots we offer a simplified take on Modern Monetary theory and see if it could solve most of our financial problems

Weekly Wrapup-Failure is simply an opportunity to begin again

Finshots Weekly Wrapup-Failure is simply an opportunity to begin again In this week's wrapup, we talk about the tussle between Apple and Epic games, cashless society, Ford's India exit, Sri