Sunday Scroll: Everything you need to know about Wimbledon

Welcome to The GIST’s Sunday Scroll, where we dive deep into one timely sports topic.

Tennis season is rolling right along and Wimbledon — the third Grand Slam of the year — begins tomorrow. Time to pull out your favorite all-white lewk and get ready for London’s party of the summer (sorry, not sorry to the Queen’s Jubilee).

Quote of the Day

We’ve been talking about my comeback. He’s been hyping me up and getting me ready for Wimbledon.

— Serena Williams, hinting at a possible return to the court back in April before confirming the news earlier this month. This will be her first major since withdrawing from last year’s Wimbledon due to injury, and another chance to tie Margaret Court’s record of 24 Grand Slam titles. Hyped, indeed. 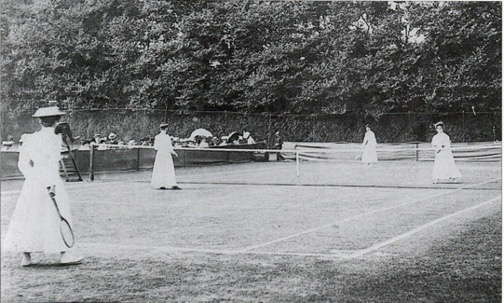 Officially known as “The Championships, Wimbledon” (how fancy), this competition dates back to 1877, making it the oldest — and arguably the most prestigious — tennis tournament in the world.

The early years were men’s singles only, but a women’s singles championship was introduced in 1884, the same year a men’s doubles tourney was added. By 1913, the tournament featured mixed doubles and women’s doubles, but Wimbledon wouldn’t open to professionals until 1968. 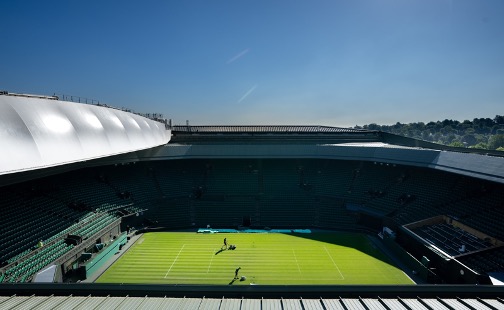 Wimbledon is the only Grand Slam tennis event played on grass, and similar to clay, pros either excel on or fall victim to the terrain.

Back to those players who excel on the surface, while they haven’t quite reached Rafael Nadal’s “King of Clay” status, Martina Navratilova and Roger Federer can be considered the goddess and god of grass. Navratilova’s won a whopping nine Wimbledon titles, the most of any tennis player, and Federer’s secured eight, the most of any man.

🏳️‍🌈 How Under Armour is showing up for queer athletes: 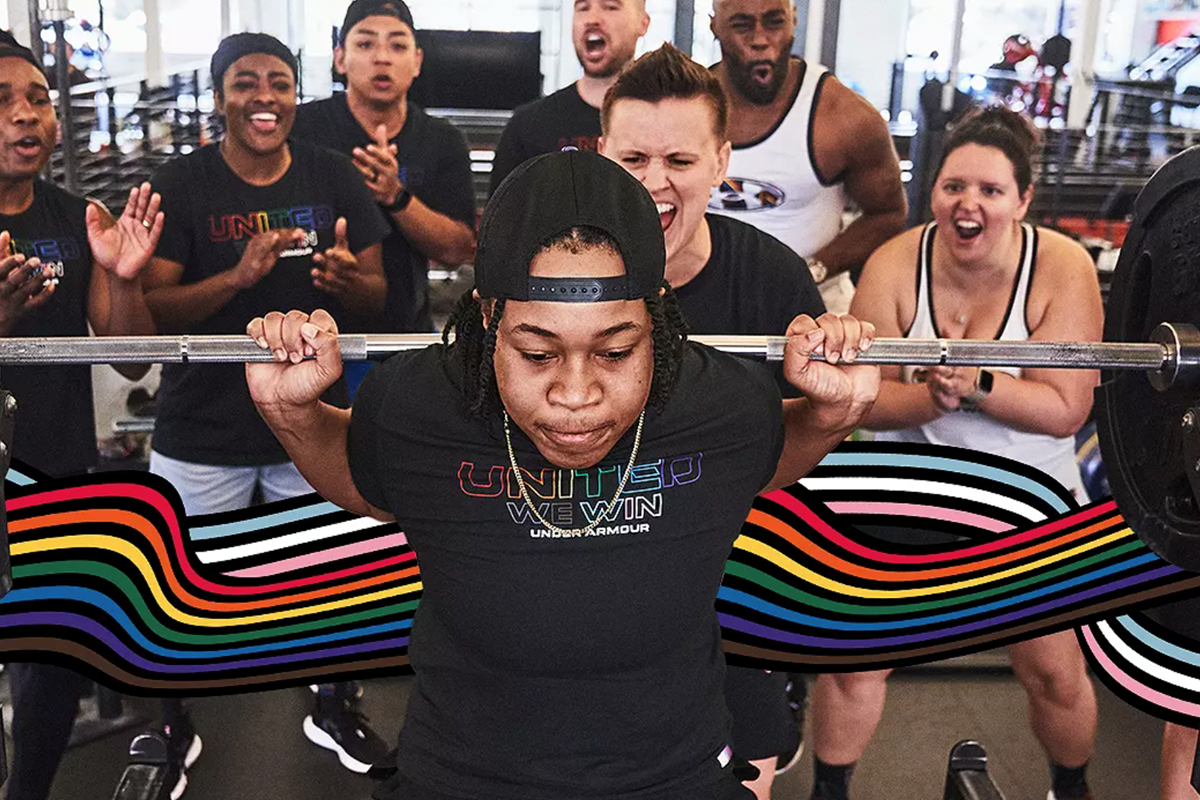 The GIST: Pride Month may be coming to an end, but supporting and advocating for the LGBTQIA+ has no off season. Here’s how Under Armour is changing the game.

The collection: Under Armour’s Pride collection was designed by a group of LGBTQIA+ athletes with all sports and competitors in mind. Quoting UA Teammate, Joanna, “The finish line is where every athlete, no matter who they are or who they love, has the opportunity to compete.”

The commitment: Under Armour’s support for the LGBTQIA+ community doesn’t end there. Through their partnership with Unmatched Athlete, Under Armour is providing Pride Grants of up to $10K to help support safe spaces for LGBTQIA+ athletes. 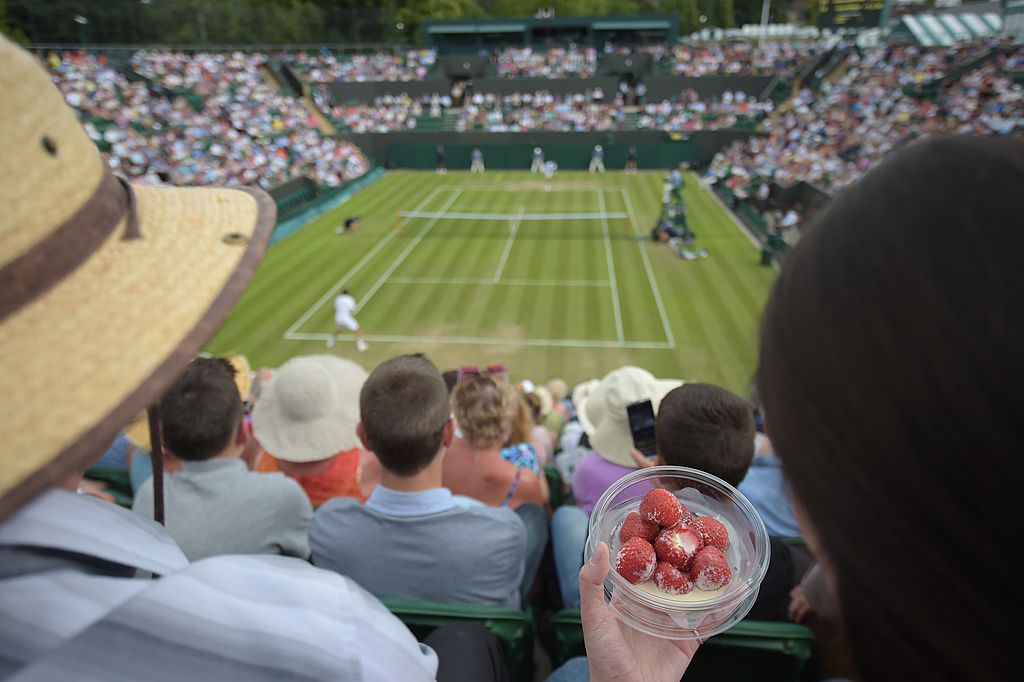 With nearly 150 years of history, it’s no surprise that Wimbledon has many notable traditions. For starters, the tournament mandates a strict dress code for participants, complete with a list of rules dedicated specifically to clothing and equipment.

As for a sweeter tradition, Wimbledon’s also known for a delicious summertime snack staple — strawberries and cream.

And finally, it’s not Wimbledon without a member of the Royal Family making an appearance. While the Queen has only attended four times, her grandsons and their partners have been known to enjoy the tournament more frequently. 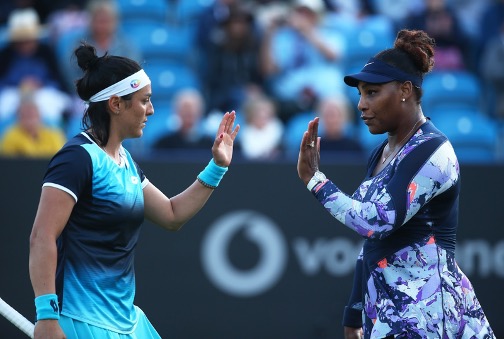 While we sadly won’t see Naomi Osaka in action after she withdrew last week with an Achilles injury, there are plenty of other contenders in this stacked women’s field.

Serena Williams: But of course. As mentioned, it’s been nearly a year since Williams took the court in a Grand Slam. It’s only fitting that her comeback begins at Wimbledon, where she’s won seven of her 23 career major titles. We’ve been waiting for this one.

World No. 1 Iga Świątek: Świątek’s dominance has been the story of the 2022 tennis season — she’s riding a 35-match win streak into Wimbledon, an epic run highlighted by her French Open victory a few weeks ago. One more W and she’ll break a tie with Venus Williams for the longest women’s win streak in the 21st century. Bet on it.

World No. 3 Ons Jabeur: Jabeur’s recent rise to No. 3 in the WTA rankings marks a career-high for the Tunisian star. But the quest for her first Grand Slam title could be in danger: Jabeur (and her doubles partner Serena) withdrew from last week’s tune-up event after Jabeur suffered a knee injury.

World No. 12 Coco Gauff: The American phenom burst onto the scene with a run all the way to the French Open finals, her first appearance in a Grand Slam final. Now the 18-year-old will be looking to beat her previous best at Wimbledon, where she was bounced in the fourth round last year. Can confirm — we’re still loco for Coco. 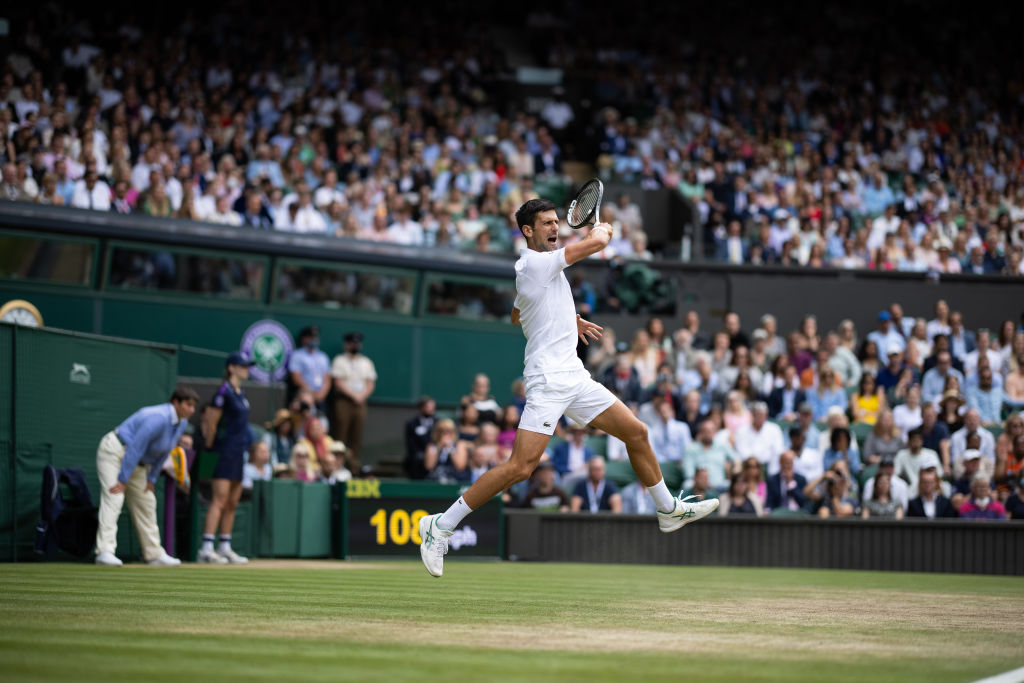 World No. 1 Daniil Medvedev won’t be competing due to Wimbledon’s ban on Russian and Belarusian athletes (more on that below) and the aforementioned Federer is out of the main draw for the first time since 1998 as he continues to recover from knee surgery, leaving the door wide open for these contenders.

World No. 3 Novak Djokovic: The defending champ, Djokovic’s had plenty of success on grass, with six of his 20 Grand Slam titles won at Wimbledon. And he’ll need to make it seven if he wants to keep pace with Rafael Nadal’s current record of 22 men’s titles. Speaking of…

World No. 4 Rafael Nadal: Rafa hasn’t been as successful as Djokovic in London, but he still boasts two Wimbledon trophies. Plus, the Spaniard’s been on a tear this year, winning the first two majors on the calendar. Could this be a Grand Slam in the making?

World No. 7 Carlos Alcaraz: The 19-year-old put the tennis world on notice with his dominant clay-court play earlier this year, and while he struggled in his first grass match of the season last week, the No. 5 seed is still a threat to make a deep run in London.

World No. 11 Matteo Berrettini: Last year’s runner-up, Berrettini has yet to reach a Grand Slam final this season, but that could change at Wimbledon, especially considering the Italian’s success on grass. With a favorable draw, he could just burst through for his first major title. 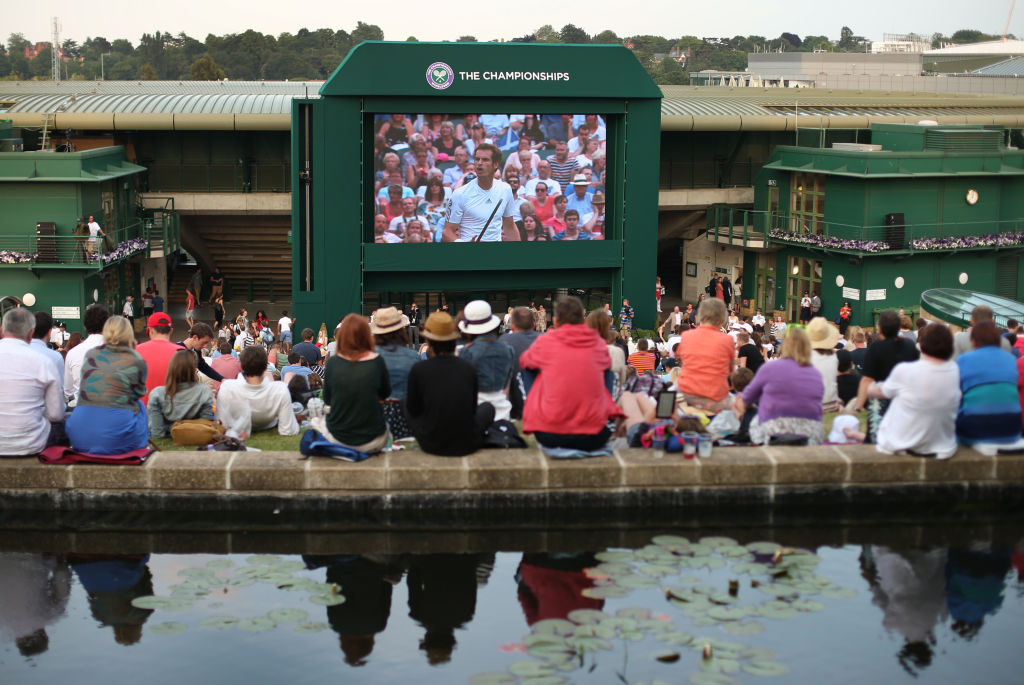 The 128 men’s and women’s singles contenders will begin their two-week quest for the Gentleman’s Singles Trophy and Venus Rosewater Dish tomorrow, with all the action airing on ESPN in the U.S. and TSN in Canada.

👀 What to check out:

SponsorPulse’s latest report on women’s sports and the future of sponsorship. SponsorPulse breaks down the sponsorship industry by the numbers to analyze growth potential. The best part? Their latest report is all about women. Aces all around. Download your free copy today.*

As mentioned, Russian and Belarusian athletes. Wimbledon controversially banned them in April amid Russia’s ongoing war with Ukraine, breaking with decisions made by the WTA, the ATP and other majors. But the sporting orgs hit back, stripping the Grand Slam of ranking points.

Venus Williams’ collection with Stitch Fix. While we sadly won’t see the five-time Wimbledon winner in action this year, at least we can shop products from her EleVen brand, designed to help women “be their most confident selves.” Yes, please.

Borg vs. McEnroe, the 2017 HBO Max film depicting the epic rivalry between two tennis stars of the 1980s — Björn Borg and John McEnroe — culminating with their clash at the 1980 Wimbledon men’s final. Getcha popcorn ready.

It’s your last chance to apply for your dream job! Our content team is expanding and looking for creative, passionate and detail-oriented fact checkers and newsletter editors to join our team. Click here to learn more and apply by 11:59 p.m. ET tomorrow.

We know (okay hope) you love The GIST and want to share it with all of the people in your life. And, we want to reward you for it. Here’s how to share:

Step 4: Join the community, get hooked up with swag, and repeat

Your Unique Referral Code Is
https://thegistsports.com/subscribe?referralCode=2iOT19L&refSource=copy

A war of words

Got the horses in the back

Sunday Scroll: Got it from my mama

From Mets to Nets

Actually, Oliver Luck is right. A NIL deals directory *would* be a good idea:

Creating NIL price transparency would be very hard. But that doesn't mean it wouldn't be helpful for a lot of people. Extra Points Actually, Oliver Luck is right. A NIL deals directory *would*